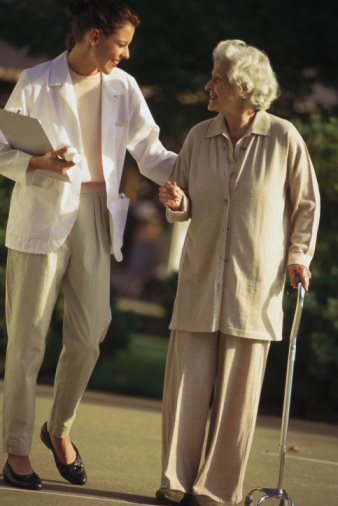 Those unfamiliar with Elder Law, health care and the associated terminology might envision forms of long-term care discussed elsewhere in this section as “assisted living” based on the fact that its recipients are almost always receiving assistance from another party within their home or other residence. In a literal sense, they are right.

As stated, in all fairness, the confusion between assisted living and other forms of long-term care is understandable given the commonality of services rendered. In both assisted living facilities and other health care centers, help is administered to residents for mundane activities such as bathing/showering, eating, going to the bathroom, meeting doctor’s appointments, and taking medicine.

Just the same, the arrangements are not just cosmetic when it comes to its classification. Assisted living is analogous to life in a group home or nursing home, in that residents are part of the same complex and meet for certain key scheduled activities, such as meals and exercise/recreation. Speaking of nursing home care, there is often a fine line between those who belong in assisted living facilities and those who are meant for .

Unfortunately for many, though, committing their older family members to assisted living facilities may be more comparable to putting them in a nursing home than the sponsoring family members may have thought. Assisted living, like nursing homes, is on the more expensive side of the long-term care spectrum. Thus, as with group homes, a good portion of these programs will have to be covered out of pocket, as opposed to getting certain federal benefits. In fact, an elderly individual’s life in a facility may cost a family two to three thousand dollars per month.