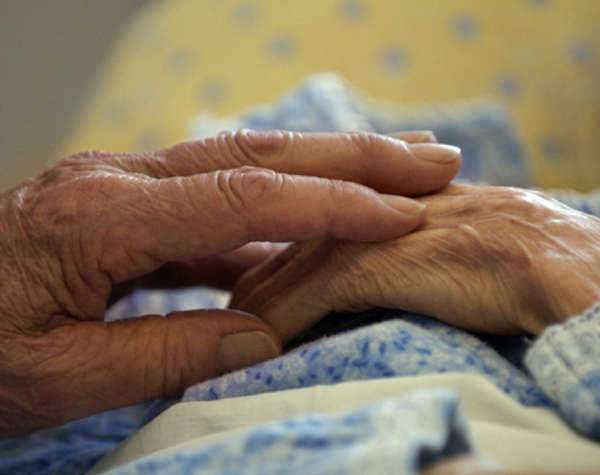 Elder abuse is a widespread problem throughout the United States. Any elderly individual may be subjected to this harmful behavior, and it is often the people who are entrusted to care for elders who are responsible for inflicting this abuse. Elder abuse may have extremely adverse effects on an elder's physical and psychological well-being. In many cases, physical violence results in severe injury to a victim of this type of abuse.

Common injuries associated with physical violence include bruises, lacerations, and broken bones. The emotional effects of elder abuse are often just as painful as the physical effect and they endure for a longer period of time. All forms of elder abuse are illegal and individuals who are responsible for this behavior will be subject to legal action.

Regardless of race, ethnicity, religion, or sex, elderly individuals are at risk of suffering from some form of abuse. Elder abuse may be physical, sexual, psychological, or financial in nature. Next to children, elderly individuals constitute the portion of the population that is most vulnerable to this harmful behavior. In many cases, an elder is not physically capable of guarding themselves against physical attacks by perpetrators.

Likewise, an elder may not have the mental acuteness to understand when he/she is being subjected to financial exploitation. A friend, family member, or legal guardian may take advantage of any mental condition, such as dementia, from which an elder may suffer, in order to gain access to his/her finances and utilize them for personal gain. Often, an elder will be reliant on his/her abuser for necessary support, making it difficult for the victim to escape his/her tormentor.

Elder abuse is a troubling occurrence which causes many individuals to question who could possibly be responsible for this horrific behavior. It is often the people who are entrusted to provide support and care to an elder who are responsible for subjecting him/her to harmful acts of abuse. Subsequently, in many cases, the perpetrators are unexpected, and therefore, they may remain undiscovered for a substantial period of time. After all, it may be impossible to discern an offender based upon the way he/she looks, and realistically, anyone may be a potential elder abuser.

In most cases, it is a family member who inflicts abuse upon an elder, specifically the elder's adult children. However, unrelated primary caretakers are also commonly responsible for abuse. An elder may suffer from abuse within his/her home, in a hospital, or in a nursing home. Due to the fact that elder abuse is unpredictable, it is advantageous for an individual to become familiar with the warning signs associated with abuse, so that he/she may be better prepared to protect his/her loved one. Contact an elder abuse lawyer for legal advice and assistance.

Many individuals fail to recognize neglect as a devastating form of elder abuse. Neglect may be extremely harmful to a victim of this behavior, as he/she will not be provided with certain necessities. Unlike abuse, neglect does not involve the execution of an action. Instead, it occurs when an individual fails to take part in a necessary and mandatory action of care. Neglect may be physical, emotional, medical, or financial in nature.

An individual may fail to provide a dependent elder with access to basic essential resources, including food and water. Disregarding medical conditions that require treatment is another harmful form of neglect. If an individual does not provide an elder with the support or attention that is required, then he/she is guilty of neglect. It should be noted neglect may also be self-imposed, as an elderly individual often does not maintain the physical ability or the desire to care for himself/herself.

The statistics available regarding the prevalence of elder abuse are minimal and incomplete. However, based upon the data that has been collected and educated estimates, we are provided with a dim picture of elder abuse in the United States. The collected information indicates that well over one million elders throughout the country have been subjected to some type of elder abuse.

Many more have been the victims of financial exploitation and fraud. Despite the extensive scope of abuse that is predicted by statistics, it is estimated that the actual occurrences of elder abuse are actually much higher than these statistics indicate, as the majority of elder abuse cases remain unreported. Despite the lack of concentration afforded to the collection of elder abuse statistics, becoming familiar with the available data may help an individual to gain an understanding of the prevalence of this harmful behavior.

Rights of the Elderly

Every individual within the United States maintains specified rights and liberties which are granted by the Constitution. An individual has the right to live free of abuse, regardless of his/her age, race, sex, or ethnicity. Elderly individuals, like all other people, also maintain these fundamental rights. An elder maintains the right to persist without being subjected to physical violence or emotional degradation.

An individual who is responsible for violating the laws that provide elders these rights will be subject to legal repercussions for his/her behavior. Due to the fact elderly individuals are often vulnerable to various forms of abuse, some would argue it is essential that crimes against these individuals be punished severely, with the hope of deterring other individuals from engaging in similar behavior, and with the intent to punish an individual who is responsible for these crimes. In order to achieve this, judicial officials often punish offenses against the elderly harshly.

Preventing elder abuse does not necessarily require an extensive group effort, as this goal can be accomplished on an individual basis. Becoming familiar with the causes, warning signs, risk factors, and effects of elder abuse will provide individuals with the tools that are necessary to prevent elder abuse from occurring.

Armed with the right information, an individual will be better able to recognize abuse when it is occurring, and therefore, he/she will be able to report elder maltreatment to the appropriate authorities, who can then take measures to end this behavior. Though organizations are initiating large scale efforts to prevent elder abuse through educational programs, every individual has the power to assist with abuse prevention by understanding basic features of this behavior.

The National Center on Elder Abuse is a nationally recognized organization dedicated to preventing abuse against elders. This organization seeks to raise public awareness about elder abuse by establishing effective educational programs. The Center has developed numerous publications with the intention of spreading information about elder abuse, and recognizes the importance of informing the public about all aspects of elder abuse, including the causes, effects, warning signs, and risk factors associated with this behavior.

If the public is not informed about how to recognize elder abuse, they will not possess the necessary tools to stop abuse and exploitation from occurring. Through newsletters, publications, and educational programs, the National Center on Elder Abuse has made substantial progress in increasing elder abuse awareness.

Purpose of Durable Power of Attorney