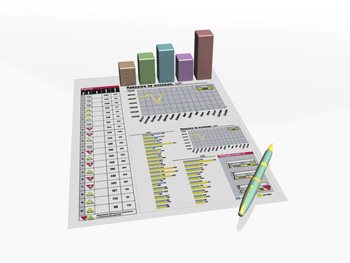 A trust is an agreement that places the ownership and management of any equitable property in the hands of another party. Trusts make it possible to people to ensure that their estate will be administered ethically and later given to the beneficiaries listed by the initiator of the trust. In the United States, trusts are legal agreements between two or more parties that permit those other parties to manage assets for their growth and benefit.
Background
The concept of a trust dates back as early as the 7th century and beyond. Early trusts resemble modern trusts insofar as they are a mutual agreement for a transfer of property. However, these early trusts were often permanent and left the estate under the ownership of the contracted party.
Many trusts were created through family be selecting an heir, often the first born son, to receive the estate of his parents. Later on, religious communities and feudal states created trust laws that permitted the transfer of equitable land that were presided upon by legal authorities.
As history dictates, Middle Eastern communities influenced both Roman and English communities in the creation of basic trust laws. England later grew into an empire and its laws, including trust laws, were passed on to its territories. These adopted legal precedents are known as common laws, or English common laws. The United States, in its creation of trust laws, used English common law as a model but modified it for the benefit of its citizens.
Purposes
Trusts are created for the personal intentions of the trust’s initiator or grantor. A grantor may choose to establish a trust to ensure the welfare of his or her children or to protect certain properties and assets. Regardless of the reason, the trust must still adhere to regional legal statutes and be considered valid by a court.
The most common purposes named for the creation of a trust are the planning and management of an estate, keeping personal and financial matters private, the protection of assets from outside parties that would demand access to an estate. The creation of a trust permits that another party manage and distribute the assets of an estate up to the death of the grantor of the trust and for a limited time afterwards.
Trusts also avoid private matters drafted in the trust instrument from being placed in public records. This appeals to many grantors of trusts so that creditors or the general public cannot inquire as to the value of someone’s estate.
Governing Laws
Trust laws in the United States are administered and regulated through individual states. These states draft their trust laws based on both English common law and federal acts and legislation passed for the purposes of governing trusts. The most recent effort to standardize the creation and management of trusts at a state level is known as the Uniform Trust Code of 2000 (this code was last amended in 2005).
The Uniform Trust Code, along with other codes, provides an outline for states to adopt in the development of state trust laws. These outlines are not mandatory as many states have opted to not use federal rubrics. Instead, these states rely on English common law.
Other laws that affect trusts are state and federal tax laws. These laws include estate taxes and inheritance taxes which may reduce the value of the trust when it is administered after the death of the grantor. Additionally, tax deductions may granted to trusts based on the type and nature of the trust.
Parties in a Trust
In the creation of trust and its management there are generally three categories. These three categories include the creator of the trust, the people designated to manage the trust, and those that will later receive the assets that comprise the trust. However, in the implementation of a trust there are other outside parties involved.
The creator or initiator of a trust is known as the grantor or settler. This the person who defines the terms of the trust and appoints who will manage the trust. The grantor also decides who will receive the estate in the trust and in what amounts. The grantor may also reserve the right to alter or terminate the trust.
The party, or parties, that manage a trust is known as the trustee. This person is selected and appointed by the grantor to manage the estate and later distribute the estate after the death of the grantor.
The recipients of the estate listed in a trust are known as beneficiaries. These people may also be trustees, but are typically close family members of the grantor.
Other parties that may be involved in the implementation of a trust are trust attorneys, judges, courts, and financial institutions.
Types of Trusts
Trusts function based on the type of trust being created by the grantor. The two main categories of trusts in the United States are living trusts and testamentary trusts. The difference between the two is that one is created in the lifetime of the grantor whereas the other is created through the Last Will and Testament of the grantor. Both of these trusts do not become active until after the death of the grantor.
Additional types of trusts are available depending on which category, living or testamentary, the trust rests. The most common trusts drafted are irrevocable trusts, revocable trusts, charitable trusts, offshore trusts, and constructive trusts. Depending on the type of trust, assets may be set aside for persons, organizations, or tax purposes.

All You Need To Know About Group Homes