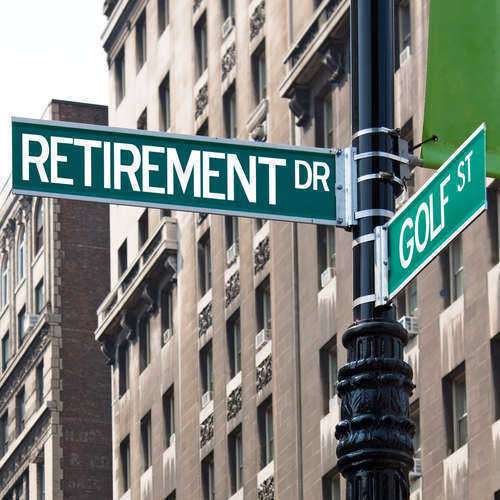 Retirement Background
Retirement is the time at which an individual decides to stop working. In the United States, that age is generally sixty five because that is the age at which many benefits can be collected,including Medicare and Social security. However, there can be intervening factors, such as the offer or an early retirement package or a disability.
Early retirement
Early retirement can occur for a variety of reasons. The individual may be offered an early retirement package from their company which includes an increase in early pension payments. While the individual may not yet be able to collect Social Security and Medicare payments, they may collect a substantial income from the retirement package. Individuals may also retire early because if the high rate of unemployment or because of health issues.
Retirement benefits
Retirement benefits may include those funded through the government, such as Social Security and Medicare. These pogroms provide a source of income, as well as health insurance. Retired individuals may also gain benefits through previous employers, such as a pension plans and life insurance.
Retirement income
Retirement income may come from traditional sources, such as Social Security. Working Americans contribute to the Social Security fund through FICA taxes, which allow them to have an income at the age when they retire. They must be sixty five when they retire, in order to collect the full benefits. Other sources of retirement income include pensions plans and investments.
Retirement age
The average age of retirement for Americans is sixty five. That age is the  point at which Americans can collect federally funded retirement benefits, such as Social Security and Medicare. Many retirement plans offered through employers also begin at that age, unless the employee is offered an early retirement package.
Retirement investing
Retirement investing can include a 401k plan which is offered through some employers. Employees are generally able to make contributions to their 401k plan pre tax, in order to maximize their continuations. In some cases, employers will match the employees monthly contributions to the plan.  Retirement investments may also include stock options and real estate investments.
Retirement funds
Retirement funds may include low risk investments or short term high risk investments. The retiree may select the administrator of the fund, although sometimes the employer selects the administrator, especially for a 4001k plan. Generally however, the employee may be able to select the type of investment they would like to select, such as short term or long term stock investments.
Retirement savings
Retirement savings is one of the safest ways to ensure financial security for retirement. While savings accounts may not have a high rate of return, they are one of the best ways to plan for retirement.
Military retirement pay
Military retirement pay is based on the amount of years served, as well as other factors such as rank. The retirement pay can be increased yearly, based on the cost of living increases.
Civil Service retirement plan
The civil service retirement plan is similar to that offered by many employers. Employers may contribute up to ten percent to the fund, pre tax. However, individuals are not required to make a contribution to the Social Security fund, as their plan differs from that one.
Retirement annuity
Retirement annuities are a contract between an individual and an insurance company. The individual makes payments during their career and then collects payments when they retire.
NYS retirement system
This system is in place for state and local employees and contributions to the retirement plan are mandatory. The amount of payments, as well as the benefits received, depend on the employees tier, which is based on their length of employment.
Disability retirement
Disability retirement occurs when individuals go into early retirement as a result of a disability. In some cases individuals may be eligible to receive supplemental social security or early payments form a pension plan.
401K retirement plan
401k retirement plans generally include employee and employer contributions. The plans are meant to be used as an income during retirement. However, the funds may be withdrawn early, but only after paying a penalty and taxes on that amount.
Retirement letter
Retirement letters are used to notify an employer that an employee intends to retire.
403b retirement plans
These retirement plans are generally used as an additional pension plan. Many American workers prefer to have more than one pension plan in place, in case the need for extra income arises during retirement.
Retirement community
Retirement communities are set up so that residents have access to social meeting locations, such as a club house. The clubhouse will likely hold social events such as dinners and dances. Generally there are rules in communities, including a minimum age for residents.
Retirement home
Retirement homes generally provide access to health care professionals on site. Those that do not have on site services, generally provide a service which will drive residents to any necessary appointments.
Retirement centers
Retirement centers may be set up as apartment complexes, or they may simply be a meeting place for retired individuals. As a meeting place, the center may provide seminars on legal issues that apply to the elderly. For instance, they may hold seminars on choosing a legal guardian in case the individual should no longer be ale to make medical decisions.
Retirement apartments
Retirement apartments are generally for those that have reached retirement age. The complexes allow married couples to live together when that is often not possible in a nursing home. Residents likely have easy access to medicare care, as well as legal advice for issues that impact the elderly.
Erickson retirement communities
These communities provide a variety of amenities and many consider the communities as offering a resort lifestyle. Residents may have access to social events and activities such as swimming. The communities also handle all of the maintenance on the buildings and grounds, leaving residents free to enjoy their apartments and active lifestyles.

What Are Trust Attorneys