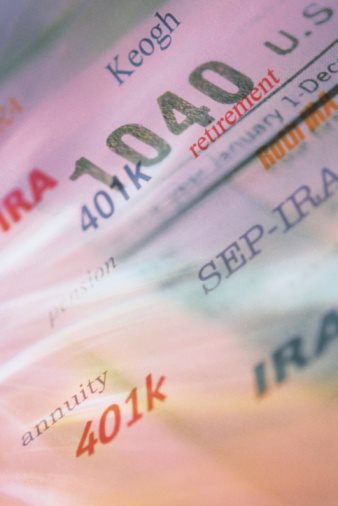 A Roth IRA is a modified form of on a IRA as sponsored by, and named after, the late Senator William Roth. The Taxpayer Relief Act of 1997 amended the Internal Revenue Code to include Roth IRAs as a qualified retirement plan. Many people choose Roth IRAs due to its ability to be invested in multiple areas.
A Roth IRA, through a financial institution, can be invested in a certificate of deposit (COD), a mutual fund, real estate or in common stocks to accrue interest and have a larger retirement fund. These financial institutions act as a trustee (managing party in regard to an estate) by monitoring the growth of the Roth IRA and making informed decisions along with the account holder on how to improve the value of the fund.
The contributions made to a Roth IRA are not tax deductible according to the Internal Revenue Code. This means those funds deposited are subject to federal income taxes as they are noted under the account holder’s adjusted gross income (AGI) according to the account holder’s tax bracket. However, most withdrawals made from a Roth IRA are not taxable as long as certain requirements are met.
One such requirement is that the retirement plan has undergone a “seasoning” period of at least 5 years. Another is having decided to retire or becoming disabled. This is in addition to meeting the age requirement of 59.5 for making withdrawals and not being subject to taxes or penalties. The account holder may also contribute to both a Roth IRA and a 401(k) plan without being penalized.
Despite distributions – the withdrawal of funds – not being taxable presently, Congress may decide to tax the distributions of Roth IRA by amending the Internal Revenue Code with new legislation. The contributions made to Roth IRAs may also be doubly taxed depending on where the contributions originated.
Double taxation may occur if Roth IRAs are being funded from a country outside of the United States and the IRS does not recognize certain tax deductions made in that country. This often happens with residents of Canada who create Roth IRAs in the United States.
There are other provisions specific to a Roth IRA that make it preferable to other retirement plans. One provision is that up to $10,000 can be withdrawn tax free if the account holder is using those funds to purchase a house for the first time. The home must be owned either by the account holder, his or her spouse, or his or her children.
Additionally, should an account holder pass away, his or her spouse is immediately named a beneficiary then controls the Roth IRA whether or not he or she already possesses a Roth IRA. The spouse is then able to combine the two accounts tax and penalty free.
A Roth 401(k) plan, made available in 2006, combines the benefits of a Roth IRA and a 401(k) plan.