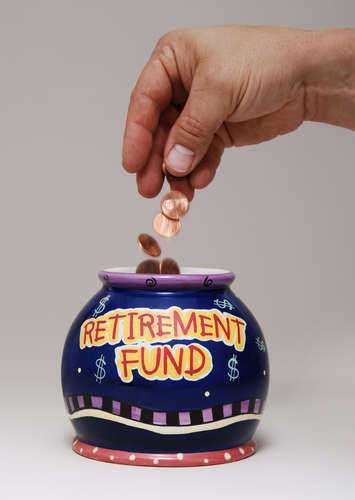 A retirement annuity is a plan in which the individual contributes
money to an insurance company,which is later returned over time. A
retirement annuity is a type of retirement savings plan, as the
individual is insuring that they will have an income later.
Retirement
annuities are a contract between the individual and an insurance
company. This contract guarantees that the individual will have an
income upon retirement. In general, the contact allows that individual
to receive payments until death or until a certain point in time, which
ever comes first.
However, a
retirement annuity is not always used as a retirement savings plan.
Instead, some individuals use the annuity to allow them to make
contributions tax free. They may instead opt to take the money out in a
lump sum at some point, perhaps before retirement, as to avoid the
potential of missing out on payments should they pass away prematurely.
In addition, utilizing an annuity in this way helps the individual to
avoid taxes, although they may pay a penalty for the lump sum
withdrawal.
Life insurance is also a form of
annuity which works very similar. The individual makes payments to the
insurer, so that  payment can be made to beneficiaries upon their
death. Often times, these annuities are treated in the same manner as
retirement annuities. The payments may be made in a lump sum or the
individual may chose to have the beneficiary receive payments.

All You Need to Know About Discrimination in the Workplace

What Are The Ways Elderly Neglect Occurs